Mumbai February 11, 2019: On 3rd of February, the popular rock band the Indian Ocean flew down to Mumbai for a very special charity concert. They came to the city to pay tribute to the Mumbai mums who as volunteers of Angel Xpress Foundation are doing groundbreaking work to improve the potential futures of thousands of slum children in this city. Upon hearing about this initiative from the founder, Anubha Sharma, the members of the Indian Ocean did not need any convincing!

As she recalls, “I was actually stunned when without much effort, the band agreed to play for us, I mean they are the Indian Ocean …. Angel Xpress is still a relatively little group formed by a few good intentioned citizens. But as the band said, we are doing something constructive instead of sitting back and being critical and that’s why they wanted to help us. It was such a pleasure to know I had stumbled into people who believe in everything Angel Xpress stands for.”

The special evening, which is an Annual Event called Day of Grace for this Mumbai based NGO, saw a good mix of performances, right from the NGO children to a world-famous rock band! Children from the different centres of the foundation put up some beautiful dances, to begin with. Following which was a very heartwarming live singing session by Nihal Jaiswar, a 14-year-old musical protégé from Angel Xpress who was discovered by a music school during an event at an AXF centre and has been receiving free training in classical music since.

Keeping up with the theme of empowering the youth through arts and music was the next act by another young musician from Mumbai, but an altogether different genre. Ronojit Bhuyan son of violinist Sunita Bhuyan is a young western classical pianist. Sunita Bhuyan has been a friend and mentor of Angel Xpress since inception and could not be here this evening due to her ill health. She has been associated with the cause for over 5 years now. Ron’s version of a Beethoven piece startled the audience. It was then followed by improv jazz with the group and ended with the popular Pirates of the Caribbean.

The highlight of the event was undoubtedly the performance by the Indian Ocean, who do not need any introduction! With a career spanning more than 30 years, they have made a constant place for their music in the industry. Taking time out from their busy schedule, they flew down just for this as the band feels everyone should do their part to give back to society. What a treat it was for all who came to watch this amazing band live, up close and personal. With the kind of energy that they performed, the electric vibes through the air were felt by one and all.

Every year the NGO celebrates their annual day titled Day of Grace to acknowledge the contribution by their volunteers, the Mumbai Mums who are starting a movement that could go on to changing millions of lives. The program was held at Bandra Fort Amphitheater, very close to the very first centre AXF had set up in collaboration with Bandra Bandstand Residents Trust.

AXF is a 12A and 80G certified NGO set up by Anubha Sharma and Beenaa Advani in 2012 to promote and enable volunteerism as a lifestyle choice for the country’s socially conscious educated to help bridge the huge economic divide that keeps generations locked in the vicious cycle of poverty. 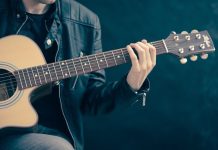 How Online Music Production Courses Can Help You Achieve Your Goals 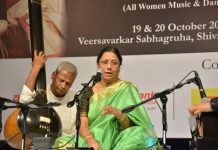