The Indian National Overseas Congress(I), USA is elated on the election of Shri Rahul Gandhi on being elected as the President of the Indian National Congress in India. The National President of INOC(I), USA – Shudh Parkash Singh said after America trip organized by our leader Sam Pitroda, graph of Rahul Gandhi has been going up north. I feel fortunate to be part of the historical USA Visit of our new President. Everyone hearing the Berkeley Address of Shri Rahul Gandhi was convinced that he has the intellect and ability to take the Congress Party forward and hoped to see him as India’s Prime Minister. Shudh said that the New York address of Shri Rahul Gandhi at the reception organized by our organization attracted thousands proving that Rahul Gandhi is the icon of the youth and has a great vision to take India forward. Under able guidance of Sh. Sam Pitroda we are growing fast and now with new leadership of Rahul Gandhi , the Overseas Congress will grow even faster.

Rajendar Dichpally (National General Secretary) said that Rahul Gandhi is the most popular leader in the Party and is the binding force that keeps the party united and the members enthusiastic for working towards a better India.

Kalathil varghese (National Vice President) said that Rahul Gandhi is the only leader who appeals to all sections of the society in India and will protect the secular fabric and diverse sections of the society by giving equal opportunities to all to succeed. Phuman Singh and Ravi Chopra (Senior Vice Presidents) said that Rahul Gandhi was a leader that understands India better than any other leader at present as he has toured the country extensively and also imbibed the essence of the country from his family of great patriots. Chakot Radhakrishna (Exec Vice President) said that Rahul Gandhi enjoyed the support of the entire Congress Party and that he has the capability of reviving the 130 year Old party and give it a fresh vision and direction to govern the Country.

Other members like Joby George, Manjari, Shravan Poreddy, Chaitanya, Vineet Nagpal expressed joy on the election of Shri Rahul Gandhi and said that they hoped to work with the new President in building a stronger Congress Party. 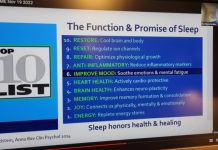