“Government should do some plan to restructure the debt. Otherwise all states in the country will be heavily debt-ridden,” Banerjee told reporters outside Parliament after meeting Modi.

Earlier in the day, she also met Finance Minister Arun Jaitley and discussed with him various issues concerning state’s economy and development.

She also stuck to her earlier stand that unless citizens in her state has 100 per cent Aadhar cards, it could not be linked to direct bank transfer.

Banerjee had raised her objections on linking Aadhar cards to the DBT during Inter State Council meeting also.

She again maintained that in Bengal, only 40 per cent people have Aadhar cards and if the system is linked compulsorily to the direct bank transfer, many poor people will be derived of their benefits.

On debt burden, an issue that bothered the Banerjee regime since 2011, sources said at present, West Bengal is facing about Rs 2 lakh crore debt burden.

During her meeting with Modi and Jaitley, she also raised the issue of the grim flood situation in the state.

“State is witnessing heavy rains. There are road blocks. Monsoon will continue for two more months,” she said expressing her anxiety at the situation, and also indicating that the state government was not quite pleased with the central assistance on natural calamities as well.

“Last time we had demanded about Rs 9,000 crore but the centre gave only Rs 600 crore,” she complained, adding the matter was especially flagged off by during her 15-minute meeting with Modi.

Asked about his response, she said: “Prime Minister said I will look into it.”

Banerjee, also the Trinamool Congress supremo, has strongly floated the idea of an anti-BJP “federal front” comprising of regional parties, and during her stay in the capital, had met her Bihar counterpart Nitish Kumar, of the Janata Dal-United, on Tuesday evening.

She has also got feelers from Aam Aadmi Party for a meeting with Delhi Chief Minister Arvind Kejriwal. 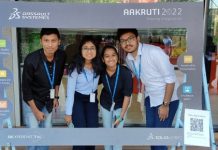 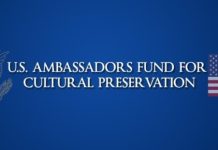