MUMBAI: With the onset of the festive season, demand for branded consumer durables and electronic items in Tier-II towns and cities soared and it is now 2X of that in Tier-I cities, with Apple emerging as the most searched electronic brand across the country, reports the latest Justdial Consumer Insights.

Demand for smartphones, ACs, refrigerators, washing machines, smart TVs, and microwaves in Tier-II cities outstripped that in Tier-I cities. At a pan-India level, demand for smartphones and ACs contributed to almost 75% of the demand with Apple dominating the searches on the back of a 10% YOY growth.

Commenting on the consumer trends, Prasun Kumar, CMO, Justdial, said “It is interesting to see that online demand for branded goods in Tier-II cities has surpassed Tier-I cities. The growth is driven by increasing internet penetration, rapid acceptance of online platforms, and normalization of consumption behavior post-pandemic. There seems to be a growth in disposable income as well given that expensive brands are most searched when it comes to smartphone brands in Tier-II towns and cities. After the challenges of the last two years, this festive season we expect this rising demand to translate into a bumper sale bringing the much-needed cheer to India’s retail industry.”

Among smartphones, Apple was also the most searched smartphone in India, dominating 30% of the searches with YOY demand growing by 10%. The demand for Apple phones remained stable in Tier-I cities but saw a rise in Tier-II towns and cities. Samsung was the second most searched smartphone brand pan-India followed by Xiaomi, which saw a 57% YOY jump in demand. The demand for smartphones in Tier-II cities was dominated by the cities of Chandigarh, Jaipur, Lucknow, Surat, and Indore, and among Tier-I cities, Delhi, Mumbai, and Pune were the top 3 cities with the maximum demand.

Searches for ACs saw a 15% YOY growth during this festive season and the demand for the same in Tier-II towns and cities was 2.5X of that in Tier-I cities. Voltas, Daikin, and Hitachi were the top-3 most searched brands in the country. In terms of popularity, Voltas remained the runaway leader as it dominated 41% of the total searches for ACs. Chandigarh led the demanding race among Tier-II cities for ACs followed by Jaipur, Jalandhar, Amritsar, and Agra. Among Tier-I cities, Delhi topped by contributing almost 50% to the demand, followed by Mumbai, and Chennai.

Among refrigerators, LG was the most searched brand with 50% of the searches across India, followed by Samsung, and Haier. The demand in Tier-II towns and cities for refrigerators was 1.8X of that in Tier-I cities, with maximum searches from Chandigarh, Jaipur, Lucknow, Indore, and Kanpur. Among Tier-I cities, Delhi saw a 1.5X jump in YOY demand and topped the list, with Mumbai and Hyderabad in second and third place respectively.

For washing machines, Chandigarh, Coimbatore, Ernakulam, Jaipur, and Lucknow led to a surge in demand among Tier-II cities. Searches in Tier-II cities were also 2X of that in Tier-I cities, where Mumbai, Delhi, and Hyderabad saw most of the demand. Among the brands, Whirlpool was the most preferred brand followed by IFB and Samsung in second and third place, respectively.

Photo by Sonika Agarwal on Unsplash 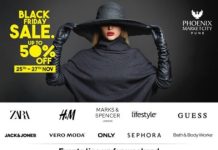 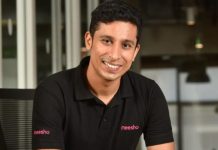 Samsung Rolls Out Samsung Finance+ for its Consumer Electronics Range