Home Diaspora A splendid New Year’s Eve Celebration at Pearl Banquets & Conference Cente
Facebook
Twitter
Pinterest
Asian Media USA ©
Chicago IL:  India House, Bombay Chopsticks and Pearl Banquets & Conference Center presented New Year’s Eve Masquerade Ball at Pearl Banquets and Conference on Saturday, December 31 at 1490 Lake Street, Roselle, IL 60172. The banquet hall was charged up with the amazing intensity of folks waiting for singing and dance performances. There was quite a bit of variety in the program. A large turnout of party revelers joined this beautiful celebration with family and friends to welcome 2017. New Year 2017 Bash was unveiled with an eclectic display of music, singing and dance performances augmented by a lavish spread of food as overflowing guests gathered in the Grand Ballroom Pearl Banquet lasting into the wee hours of the New Year day.
The non-stop variety kept the crowd on their toes!  Local talent just enhanced the night even more.  The show was conceptualized and anchored by Jassi Parmar of DesiJunction Radio along with his co-host Mohan Rawat.
Singing sensation, RJ Mandeep Saini, aka Maddy Singh made his live event debut in Chicago and he was supported by RJ Bhairavi through some melodious numbers ending in Punjabi hits that forced the crowd to get on their feet.  Ushering the New Year Chicago Style was the highlight of the spectacular New Year bash.  RJ Bhairavi and Maddy Singh rocked the stage right from the word go! He started off with all some very famous chart busters like Ik kudi, Bulleya, Patiala Peg, 5 tara etc. As the evening was progressing the atmosphere was getting charged with non-stopping thumping music from Safalya, Shweta and Deepali who rocked the stage with a highly energetic performance. Another surge of excitement was noticed when Belly Dancer Safire’s dance performance was announced.
“I believe in teamwork and today’s successful event is an example of great team efforts and hard work of many people” said Gulya Kadyrova General Manager of Pearl Banquets & Conference Center. The spectacular New Year’s Eve would not have been possible without Ms Kadyrova’s active support and participation.
RJ Preeti, Jassi Parmar and Mohan Rawat together defined “Teen Ka Tadka.”  The finale dance performance by RJ Komal was out of this world.  Her grace and energy were the highlights of her act for sure.  A group dance was presented by CBD group inclusive of talented dancers Safalya, Shweta, and Deepali.  They performed on some great foot-tapping Bollywood numbers.  The audience participated in full force and had a great time walking the ramp.  The night saw people dancing their hearts out while they enjoyed the food and drinks.  Free flowing drinks and unlimited food kept the guests well satiated. The dance floor was filled with enthusiasts and jubilations and the joy was felt by everyone present. The mouthwatering multi country cuisine from India House and Bombay Chopsticks was catered by Ravi Rawat.
Jassi Parmar from Desi Junction Radio entertained the crowd with his witty remarks and spontaneous jokes. Maddy Singh sang some amazing songs and kept the audience entertained. This grand New Year gala added a glamour quotient with the fashion parade and grand finale performance by Komal Kherde. The final hour before midnight, the dance floor began to fill up with party guests who showed their best dance moves and have a great time with friends and loved ones. The DJ played non-stop hits and everyone had a fantastic time dancing.  The countdown to New Year was awaited with great excitement and energy. At the stroke of Midnight, partygoers celebrated with Champagne and exchanged best wishes with each other for the New Year.  The celebrations continued into the night with dancing by the couples and children continued to a high-decibel music ushering the New Year. Over all the party had the best of music, entertainment, food and beverages and a midnight champagne toast, which attracted audience from all over the Midwest to enjoy this one of a kind show in Chicago to ring in 2017. 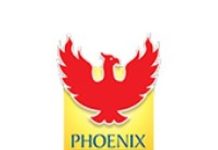