PUNE: Gera Developments, the pioneers of real estate business and the award-winning creators of premium residential and commercial projects in Pune, Goa, and Bengaluru, today released the July 2021 edition of their bi-annual report, titled ‘The Gera Pune Residential Realty Report’. The report is an outcome of the longest-running, census-based study of the residential realty market of Pune. It is based on primary and proprietary research conducted by Gera Developments and covers all existing projects within a 30-km radius of the city center.

According to the latest Gera Pune Residential Realty Report for the period January 2021 to June 2021, rising cases of Covid-19 across the country including the city of Pune; territorial lockdowns and restrictions imposed to curb the virus spread, new launches in Pune’s residential realty sector have declined in June 2021. While new residential property launches have declined by a significant 30%, the available inventory for sale plunged to a 9-year low. Reasons for the decline in saleable inventory is robust sales but lack of new supply to replace the sales. For every 100 units sold only 59 units were added.

The pandemic, now at the tail end of the second wave with the looming threat of a third wave has continued making things difficult for the real estate sector in general. A K-shaped recovery, as predicted early on as the pandemic hit, is certainly what is seen on the ground. While reputed developers with a track record and a differentiated product continue to be able to see strong sales leading to rapid construction on the site; those at the opposite end of the spectrum are finding sales to be challenging and consequently, construction pace is slow, further affecting future sales.

Talking about the latest trends in Pune’s residential real estate market, Mr. Rohit Gera, Managing Director, Gera Developments, said, “The market has been in an ongoing state of consolidation. With the number of new project launches declining, the unsold inventory has plunged to a seven-year low. Going forward, we believe that the price rise seen in the past year will gain further momentum.  The surge in residential real estate prices will be due to a decline inadequate inventory to meet the growing demand. Whenever demand outstrips supply, prices tend to go up.”

Even though the supply is less, the pandemic, which left people stuck at home, has underscored the aspirational nature for bigger, better homes – indicating a robust, more sustained demand. The growth in the premium and luxury segments during such unprecedented and challenging times also highlights the willingness of people to upgrade and buy a more premium product.

“With new project launches at unprecedented lows, the robust demand will face supply-side bottlenecks. This has already propelled a 3.73% surge in property prices on an average, over the past 12 months. However, as new project launches firm up, the prices, while maintaining their upward bias, will stabilize in the medium term,” further added Mr. Gera.

He also underlined the increase in cost structure for developers. “In addition to the supply crunch, there is a tremendous increase in the cost structures for developers. The last 15 months have seen slower construction and project launches and as a result, the overhead costs for developers have increased. More significantly, the cost of several raw materials including the most critical items such as cement and steel has risen by 25% – 40%,” he further went on to say.

Here are the key highlights of The Gera Pune Residential Realty Report, encompassing trends from January 2021 to June 2021:

Fewer new schemes and units were launched in the first half of 2021. According to the report, H1 2021 saw a fresh supply of 26,611 units which is 26% higher than H1 -2020 however, sequentially it has come down by ~30% compared to H2’20. Comparing it with pre-Covid times, it is still half of what it was in Dec’19 just before Covid hit the country. This clearly suggests a supply squeeze prevailing in the Pune residential real estate space. In fact, comparing the period from January 2020 to June 2021 against the corresponding period, there is a reduction of 39% in new inventory being added to the market.

Inventory levels have plunged to a 9-year low in June 2021. According to the report, the inventory available for sale has also reduced to 59,224 units, a reduction of 21% from 75,421 units a year ago.  The total number of ongoing projects has also dropped significantly from a peak of 3,733 projects in Jun 2017 to 2,730 in Jun 2021. Assessing the percentage of inventory available for sale indicates that 79.5% of the total inventory has been sold. This means the level of 20.5% of the unsold inventory is the lowest level seen in the last decade.

If we analyze the new projects launched over a 12-month period since June 2020, the premium segment has seen a whopping 64% surge from 13,199 units to 21,634 units. The premium segment typically comprises an average price per square foot of Rs 4,898 to Rs 5,876. On the other hand, the budget segment (average price of less than Rs 3,917 per square feet), which saw a 34% drop in the new project launches in the past year i.e. since June 2020. The new supply dropped from 23,390 units to 15,469 units. Clearly, there is an evident shift in the customer preference migrating to more premium homes. Comparing the launch of premium segment properties since 2018, there is certainly a reduction in the fresh launches thanks to the Covid19 pandemic.

The increase in off-takes for new residential properties was quite evident after the second wave of Covid19 struck. Against the first half of 2020, there is a clear 7% increase in off-take for new homes in the corresponding period of 2021. However, as compared to H2 of 2020, sales have declined by 9%. Sales had bounced back to pre-Covid levels soon after the first wave; which was primarily driven by the two-tiered stamp duty waiver extended by the state government, that incentivized new home buyers. However, the momentum slowed soon as the second wave hit.

During this period, the strongest growth however is seen in the premium segment, in which a robust 54% growth is seen, suggesting customers’ demand for more aspirational homes.

Within four years of the rollout of RERA, the number of large projects has grown from 109 in June 2017 to 156 in June 2021 – up nearly-50%. In fact, the large projects now constitute 5.71% of the total 2,730 projects being developed against a ratio of 2.92% in June 2017. Customarily, larger projects require greater amounts of capital as well as the capability and therefore are developed by larger developers.  This clearly suggests a consolidation in the market, evicting smaller developers from the market.

Despite this, the affordability is the highest in the last decade at 3.64x annual income making this the best time to buy a home. Interest rates and prices have declined from June 2015 onwards, whereas incomes have increased, thereby increasing the affordability significantly. At the same time, home sizes have continued to increase with the average home size now being at 930 square feet.

An interesting outcome of better affordability is the shift of customers’ preferences towards bigger developers, who have the capabilities to deliver on promises. When affordability was low, customers had no choice but to settle for a lesser-known developer leading to a fragmented market. This is also fueling consolidation in the market. 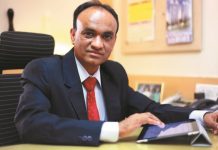 Article- Decoding The Housing Boom In And Around Thane 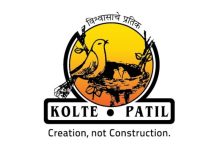