PUNE: Union Home Minister Amit Shah will inaugurate the first phase of ‘Shivasrushti’ at Narhe-Ambegaon, a historical theme park based on the life of Chhatrapati Shivaji Maharaj, on November 20 at 11.30 AM. The project was conceptualized by the late Padma Vibhushan Shivshahir Babasaheb Purandare, who had formed the Maharaja Shivchhatrapati Pratishthan for its execution. The information regarding the inauguration was shared by Pratishthan trustee Jagdish Kadam.

This is the largest historical theme park in Asia and its first phase will be inaugurated by Amit Shah. Shah will inaugurate the first phase’s key element – Sarkarwada – an architectural expression, which is equipped with an administrative center, research library, multipurpose hall, and exhibition galleries. Apart from it, visitors will be able to see different forts, the scene of coronation, and the story of Chhatrapati Shivaji Maharaj’s escape from Agra, through 3D technology.

The overall expenditure of the theme park, which is being created in four phases, is Rs 438 crore and donations worth Rs 60 crore have been received for the first phase of the project. The funds collected through over 12,000 lectures given by Purandare and through the plays of ‘Janata Raja’ have also been utilized for the project. Visitors can experience a day-long trip at the historical theme park, which is coming up on 21 acres of land and will be completed in the near future. One of its features is a screening of important forts through virtual reality.

Visitors will also be able to see Bhavani Mata temple on Pratapgad, weapon armory, Shivaji Maharaj’s currency, Vijaystamb (victory memorial), Rajwada, Rangmandir, Nagarkhana and market in the theme park. Another feature of the theme park is that the visitors would be able to listen to Shivaji Maharaj through mad mapping technology. The project has been created using state-of-the-art technology, leaving no stone unturned. The theme park will be open for the public from December 1 and online booking is mandatory, informed Kadam. 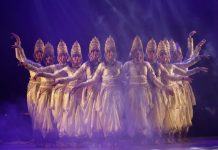 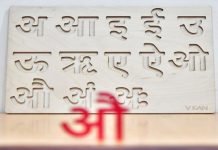 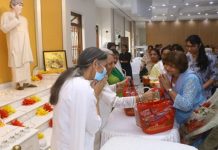