PVR is seeing 70% of family audiences comprising senior citizens. The average transaction size of 2.6 has also gone up significantly

INDIA: PVR Ltd, the leader in the Indian film exhibition industry has revealed an interesting trend after the reopening of cinemas posts the pandemic that has kept family audiences away from cinemas. The findings are a revelation for the Bollywood film industry which has struggled lately to get the formula right to get an emotional connection of their storyline to audiences. ‘Uunchai’ breaks free from this perception getting the entire family back to its cinemas.

Directed by Sooraj R. Barjatya, the movie stars Boman Irani, Anupam Kher, Neena Gupta, Amitabh Bachchan, Sarika, and Danny Denzongpa. The story revolves around three friends, all senior citizens who leave a comfortable life and embark on a trek to the Everest Base Camp. A simple trek turns out to be a personal, emotional, and spiritual journey as they battle their physical limitations and discover the true meaning of freedom.

Announcing this new trend, Mr. Gautam Dutta, CEO, of PVR Limited, said, “Through this movie, we can clearly see the revival of movies in cinemas that appeal to family audiences. Clearly ‘Uunchai is becoming the ‘60+ Zindagi Na Milegi Dobara’, the 2011 hit movie where three childhood friends follow their dream. While PVR targets all segments of audiences to its cinemas and has dedicated a Monday as a Senior Citizen-focused day, post the pandemic it has seen this important group staying away from watching movies, which could be due to health reasons or otherwise. This was never the case before the pandemic. With cars coming packed with friends belonging to this age group bringing their families along, we feel assured that everything is right. In our admits for this movie, we are seeing 70% of family audiences comprising senior citizens. Our average transaction size of 2.6 has also gone up significantly”.

“This movie is giving the right signal to family-oriented movies and our advances for such movies are supporting our belief”, he added.

There has been a growing area of concern for the industry which saw direct-to-digital releases of movies when cinemas were shut and audience habits of consuming entertainment changing temporarily. Bollywood movies are the major contributors to the film exhibition business in India contributing to the larger pie. Cinema is a catalyst for ‘together time’ for couples, families, friends, and peer groups, and hence the experience of bonding over the shared experience of a film rates much more than other entertainment avenues.

India is the 5th largest box office market in the world. India has the world’s largest film industry in terms of the number of movies produced in a year and one of the World’s largest film markets in terms of ticket sales. During the pre-covid year 2019, more than 1,833 films were released in India. While Hindi contributed 50%, Regional 38%, and Hollywood 12%.  The Indian film industry is mainly recognized due to Hindi films on the global stage; however, regional movies are an integral part of the Indian film industry and account for a significant share of the overall box office collections. 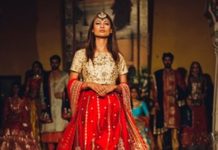