HAIL, SAUDI ARABIA: The three-day Saudi Baja 2022–Hail gets underway with a ceremonial start and an 18km desert Qualifying Stage on Thursday afternoon.

The seventh round of both the FIA World Cup for Cross-Country Bajas and the FIM Bajas World Cup, round three of the FIA Middle East Cup for Cross-Country Bajas, and the third event in the Saudi Toyota Rally Championship is being organized by the Saudi Automobile and Motorcycle Federation (SAMF), in conjunction with the Ministry of Sport and in partnership with Abdul Latif Jameel (ALJ) Motors.

Riyadh driver Yazeed Al-Rajhi heads the FIA car field and faces a desert duel with Czech rival Miroslav Zapletal for the FIA World Cup Drivers’ Championship. The Toyota Hilux and Ford F-150 Evo drivers are separated by just one point in the standings heading into the Hail showdown. Al-Rajhi also holds the advantage at the halfway point of the Saudi Toyota Rally Championship.

The Czech’s Slovakian co-driver Marek Sykora is a firm favorite to win the FIA Co-drivers’ title in the absence of Michael Orr. The Ulsterman is still recuperating from an injury sustained in Poland and has been replaced in recent weeks alongside Al-Rajhi by German co-driver Dirk von Zitzewitz.

Brazilian Cristiano de Sousa Batista, Dutchman Kees Koolen, and Spaniard Fernando Alvarez are locked in a three-way tie for third place in the Drivers’ Championship. They trail Al-Rajhi by 30 points and are also fighting for the FIA T4 and T3 titles in their respective South Racing Can-Ams.

The outcome of the FIA Middle East Cup for Cross-Country Bajas is wide open: in the absence of two of his main rivals, Saudi driver Hamad Al-Harbi has the chance to snatch the overall championship lead and move ahead of both Aliyyah Koloc and her sister Yasmeen in the T3 rankings.

The Saudi Baja provides motorcycle and quad riders with the last opportunity to score FIA Baja World Cup points and qualify for the final to be held at the last round in Dubai at the start of December.

Emirati Mohammed Al-Balooshi currently tops the rankings with Portugal’s Fabio Magalhães on 45 points and knows that a win in Hail will give him a maximum 50-point score to take to the final.

Abdulmajeed Al-Khulaifi has already amassed the maximum 50 points for two wins in the quad category but the Saudi will be hoping to secure the top step of the podium once again on his Yamaha Raptor 700. Amongst his rivals, in the FIM Bajas, World Cup quad category are third-placed Hani Al-Noumesi and Faisal Al-Suwayh.

Leading riders in the over-450cc category include Austrian Simon Francis, the UAE’s Hamdan Al-Ali, Great Britain’s Steven Holt, and the Qatari trio of Sheikh Mohammed Al-Thani, Mohammed Al-Kaabi, and Yaghoob Azadi. They do not score points in the FIM series.

There is also a Saudi National Baja running behind the main FIA and FIM events and that has attracted a provisional 33-car field before final scrutineering and administration checks.

Tomorrow (Thursday), riders and drivers will cross the ceremonial start podium in Hail before tackling a challenging 18km Qualifying Stage that will determine the start order for the respective car, motorcycle, and quad Bajas on Friday morning. 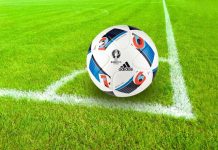 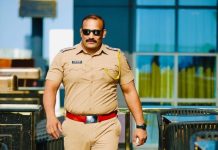 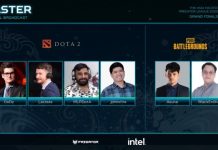