BANGKOK, THAILAND: Speech of the managing director of IMF, Kristalina Georgieva in Bangkok.

The World has Changed…

Thank you very much, Prime Minister Prayuth, for inviting me to join the APEC meeting today.

We met here in Thailand three years ago and since then the world has been changed by events none of us foresaw at that time: the COVID pandemic and the war in Ukraine.

The pandemic has caused a permanent loss of economic output equal to 5.3% of global GDP. In Asia–a very integrated region–this was even higher, a loss of 9% of GDP. In addition, the war in Ukraine caused a tremendous energy price shock.

The combined impact of these two events was an abrupt slowdown of global growth from 6.1% in 2021 to 3.1% in 2022. They also caused high inflation, high and rising debt levels, and an increase in inequality in many countries.

The Global Economy and APEC are Slowing

Regarding 2023, we have to recognize that tougher times lie ahead. The worst is yet to come.

The IMF is projecting global growth to slip to 2.7% next year. Most APEC countries are decelerating and at least one-third of the world is going to be in recession. The three major engines of global growth — U.S., China, and Europe — are slowing down simultaneously and that is hitting the exports of emerging markets.

That said, there are a few bright spots: ASEAN is one of them. So are some of the countries benefiting from terms of trade improvements, for example, in the Gulf. But overall, we face a darker economic horizon, and downside risks predominate.

The risk of inflation is a clear and present danger, and addressing it must be a high priority. Otherwise, it will cause destabilization and will hurt poor people the most.

All this makes 2023 a much harder year for policymakers than 2020. Back then, policymakers had one common objective: to support the economy, meaning that monetary policy and fiscal policy were moving in the same direction. Now fiscal policy must be deployed very carefully to target the most vulnerable parts of the economy but without undermining monetary policy and the fight against inflation.

In other words, with monetary policy stepping on the brakes, fiscal policy should not step on the accelerator.

The current conjuncture is difficult for everybody. But it is even more difficult for emerging markets because, on top of everything else, they are experiencing negative spillovers from the tightening being undertaken by major central banks in the advanced economies. Why? Because of the depreciation of currencies and higher borrowing costs.

There are also financial stability risks, including volatile capital flows, higher debt service, and higher leverage, especially in the private sector. Banks are sound, but non-bank financial institutions that have not been regulated are a concern–the leftover business from the Global Financial Crisis. There are also concerning developments in the crypto market that we have seen recently.

We should be in a mode of alert, not alarm — and develop policies to address these risks.

Meanwhile, climate risks are also rising. For the first time this year, we have seen climate shocks across all continents, with Asia-Pacific disproportionately affected. Since 1989, 36% of climate-related disasters have occurred in this region.

We also face the risk of fragmentation: we have to be careful that we are not sleepwalking into a poorer, less secure world–and drifting away from what has made us all better off.

APEC Gains Most from Integration and Risks Losing Most from Fragmentation

APEC in particular has greatly benefitted from integration–that is 21 economies representing 60% of global GDP.

Asia has the strongest regional value chains; Latin America’s biggest trading partners are across the Pacific; two-thirds of U.S. imports come from APEC.

Over the last three decades, as a result of this integration, 1.5 billion people were lifted out of poverty and hundreds of millions entered the middle class.

IMF analysis indicates that, if the world were to divide into two distinct blocs with little or no trade between them, the output would drop by more than 1.5% of global GDP: a loss of about $1.5 trillion. In Asia, because it is so integrated, these losses would double to more than 3 percent of GDP.

In addition, there is the potential human cost of fragmentation: poverty, hunger, and social unrest.

But this need not be our future.

We have benefited from Asia hosting three Summit Meetings in recent days: ASEAN, G20, and APEC. Three summits, but one message: work together, together we are stronger.

I want to commend the clear theme and message of this APEC summit: ‘Open, Connect, Balance.’

Stay connected: support strong regional agreements like the Comprehensive and Progressive Trans-Pacific Partnership; and the Regional Comprehensive Economic Partnership. And work to make the WTO stronger. Digitalization also presents a great opportunity to shape a better-connected world and to improve people’s lives.

The IMF is APEC’s Partner

For the IMF’s part, we have stepped up to lead in the effort to help our member countries navigate this world of shocks:

The IMF is committed to partnering even more closely with APEC.

I want to conclude with this thought: we live in a more shock-prone world. That means more shocks will come.

We need to build resilience to these shocks:

I am convinced that we can do this — together. Thank you. 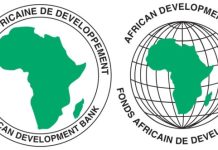